One of the guests was Greg Cipes, who has provided voices for Teenage Mutant Ninja Turtles and Teen Titans.

He confirmed that the animated series, “Super Robot Monkey Team Hyper Force Go” will arrive on Disney+ someday and also later reconfirmed this news on Twitter. 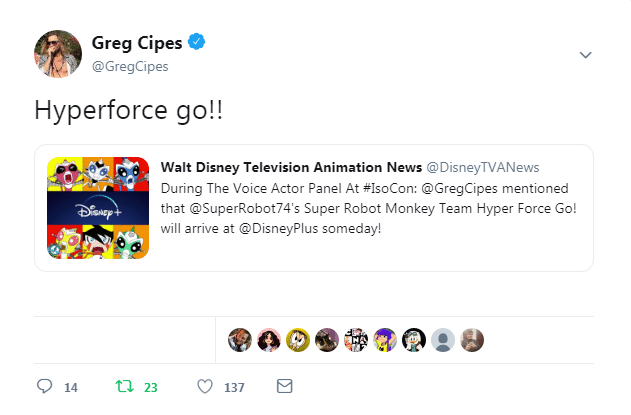 No Disney+ release date has yet been officially announced.

Roger has been a Disney fan since he was a kid and this interest has grown over the years. He has visited Disney Parks around the globe and has a vast collection of Disney movies and collectibles. He is the owner of What’s On Disney Plus & DisKingdom.